Bread of the Poilu, Part I

Bread of the Poilu, Part I: The Bread Ration

I have returned after a rather protracted absence while experiencing what we used to refer to in the Army as being "OBE" (Overcome By Events), a catchall phrase used to indicate being preoccupied by a simultaneous accumulation of issues which prevent one from fulfilling other missions.
I apologize for not responding yet to the many comments, and will answer them as quickly as possible.

For those unfamiliar with the term, "poilu" (translation, "hairy one") was a slang term applied to French infantrymen of World War I, a reference to their unshaven (and often unkempt) appearance which was also considered to be rather manly and virile.

But on to the bread: in the French army of World War I, as with most European armies of the time, bread was a critical part of the soldier’s daily rations whether in garrison or in the field. This is shown in the chart below. The daily bread ration of the French soldier throughout both world wars was 750 grams (~26.5 ounces).

Pain biscuité (biscuit bread) was pain ordinaire prepared in a slightly different manner and baked longer to produce bread with lower moisture content in order to increase its keeping qualities to 20-25 days. Of approximately the same size and shape as pain ordinaire, pain biscuité had a slightly flatter shape, a thicker crust and weighed 1400 grams (~50 ounces) due to its lower moisture content. The daily bread ration for pain biscuité was 700 grams. As it was less susceptible to mold, pain biscuité made with brewer’s yeast and cooled for 24 hours could be stored for as long as 18 to 20 days, but was recommended to be used by the 10th day.

The round shape and thick crust of pain ordinaire made for a sturdy loaf that could endure being tossed about during the transportation process. The mission of the ration parties was one of the more dangerous of World War I, as soldiers would have to leave the relative (emphasis placed on "relative") safety of the front-line trenches.


A third type of bread was the French WWI version of hardtack, "pain de guerre" (war bread). It was a departure from the traditional type of hard bread or hard tack in that pain de guerre included leavening. While it didn't have the long-time storage capability of previous hard breads, it was more palatable and less likely to cause digestive problems.

There were many sources for bread in the French Army. Bread could be procured from civilian bakeries in time of extreme need, but was more commonly produced in permanent army bakeries, field ovens or in rolling ovens (“boulangeries roulantes”) that accompanied units in the field.
Even while moving daily and under adverse conditions, field bakeries equipped with  boulangeries roulantes were expected to be able to produce an output of not less than six batches of bread in twenty-four hours, The production of a bakery unit of 32 boulangeries roulantes was rated at 26,880 rations (13,440 loaves) per day. 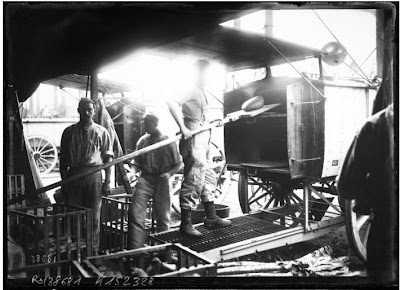 Coming soon, how to make your own pain ordinaire (see photos below).
I need to tweak the formula just one more time before unleashing it. 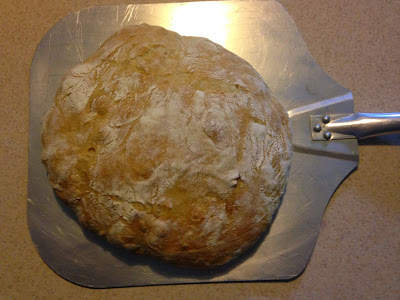 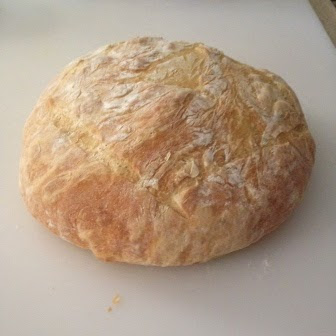 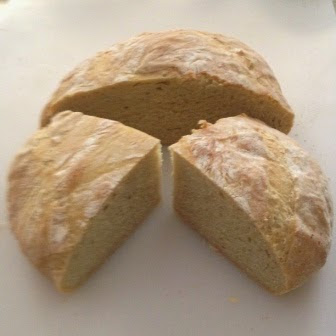 Comments are most welcome. Let me know what you like, what you'd like to see more of. Please include comments that are constructive, informative and useful to others. Do not attempt to post comments that are political, religious, derogatory, or insulting.

This blog is a way to combine two of my lifelong passions, military history and food. The primary sources for the recipes and information posted here are the military cooking, catering, baking and instructional manuals in my personal collection. I am constantly searching, researching and adding additional material. There are many thousands of recipes, and I wish that I had enough time to translate and scale them all. In my mind, there is no better way to personally connect with the past than through food, prepared the way it was done in those times.

Perhaps the greatest challenge in reproducing historical recipes lies in the adaptation for modern home use without sacrificing authenticity. The original format for many older recipes is quite often a very basic description, intended for use by a cook trained in that army’s techniques. At times the details of preparation were only implied in the recipe, or missing altogether. These omissions had to be confirmed through other documentation such as ration tables, training manuals, or equivalent civilian versions of the recipes, to name a few sources. On rare occasions some substitutions, while unfortunate, have been unavoidable. Certain ingredients are difficult, or impossible, to find or are now somewhat expensive. In those cases I offer sources where they may be obtained, reasonable substitutes or recipes to reproduce them from scratch.

Exceptions to the 4-serving yield will be found in many of the baking recipes. In order to remain true to the original recipe as much as possible, many recipes have to be sized larger than modern-day servings. .

Please be aware that any food allergies, sensitivities, etc., are a personal responsibility.

The recipes presented here are from a time when food allergies were not as widespread as they are currently, and were most often not accommodated or even acknowledged.

Follow recipes at your own risk: if you have food sensitivities, allergies or a compromised immune system, please make wise choices about what and how you cook and eat.
If you are uncertain whether you can tolerate certain foods, please consult a physician.

The standards of what constituted balanced nutrition were also quite different from what is generally accepted today. It is not within the scope of this blog to present recipes that are modified to utilize non-allergenic ingredients, or produce dishes that are low-carb or low-fat.